This is an open letter.  It is addressed to all who can find even a hint of understanding, or comfort, or strength within its prose.  Insert your name here, call to mind your cause, and read as if I were speaking to you.

This is an open letter.  It goes out to the little girl who had no one but the strays she brought home.  She who the animals seemed to choose, to whom they came from miles and miles around as if drawn to a kindred heart.  To the girl who hid dogs in the barn and cats in the basement and birds in the closet... not to harm them, but to save them from her mother or father knowing, for surely they would cast them out.  To the girl who would suddenly mind as if angels themselves had asked her to go to bed, huddled under blankets and pretending to be asleep if her parents would only just go away.  To the girl who crept from her bed, opened her door, and with dove held close and eyes squeezed tightly shut, begged silently for one more day of secrecy.

This is an open letter, to the man with the nine to five job and the after hours heart.  To he that night after night would go home to an empty, sterile house and an empty, cold bed, and fall asleep knowing that the next day would be the same as this.  That it must be, as the job that he hates is the only way possible he can escape on the weekends.  Weekends with a car full of dogs and the open road and a warm feeling deep in his chest that he may not have anything else, but this would be enough; delivering that adoring Rottie girl with the litter of pups to her rescue would be enough.  To the man who hangs his head on Wednesday and prays silently for the strength to make it to Friday.

This is an open letter, a reach for the girl who became the tired-eyed worker at the shelter.  Who grew up asking Santa for a puppy and taping brightly colored Lisa Frank folders with smiling rainbow unicorns and peaceful eyed golden retrievers and pink and purple kittens on the walls of her Pound Puppy littered room.  Who grew up, and had her dreams replaced by the reality of oil drum after oil drum of euthanized, mutt-bred shelter animals.  Who grew up, and now spends her days biting her tongue as she is asked by owner after owner "You'll find a good home for them... right?"  Because everyone knows that those ponies and dragons and star-swimming dolphins all find good homes in the shelters...

This is an open letter to anyone who has ever handed over a credit card with no balance on it, unflinchingly, to the veterinary receptionist.  To every heartsick parent, not of babies or seniors but of kittens, who has ever curled up in a sleeping bag on the kitchen floor because the trip up and down the stairs every two hours is harder than the linoleum.  To every lid-heavy volunteer who has ever driven all night so that one dog, one five pound, two legged, incontinent, drooling dog, would have a chance at a better life half a continent away.  To every nine-fingered iguana handler that grins and says "It's a small price to pay."  To every shelter worker that has ever had to smile through the urge to scream as her best friend in the world squeals with delight because their dog, the unspayed bitch with the bad hips and questionable lineage, is going to have "just one litter."  To the parents of the children who brought home animal after animal and, without the heart to say no, found somehow infinite space in a finite area.  To every pet owner that has ever had to defend their certified shelter pet against the condescending looks of the "purebred" owners.  To every bully breed owner, who has ever had to try and maintain some sort of dignity as the authorities escort their dog away for no other reason than being alive, while the neighbors scoff "Good Riddance."  To every animal lover that knows the score, and keeps fighting this uphill battle.

Tucker's Story - Why to Adopt, not shop 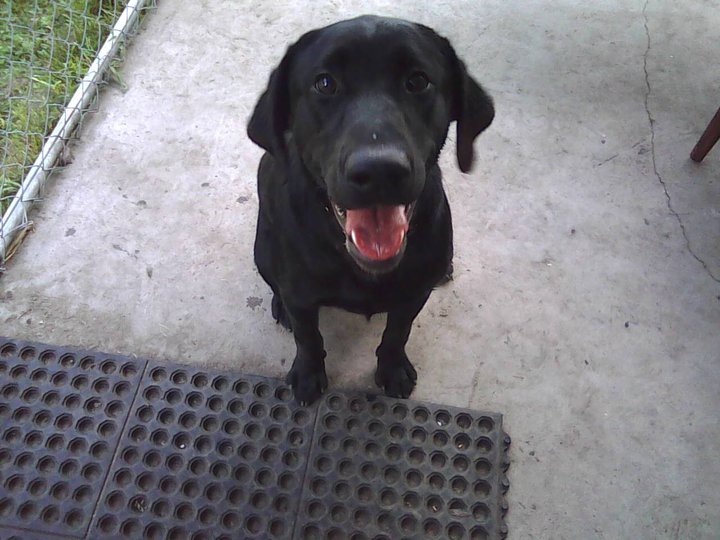 How much do you spend on hunting dogs? $500 or more?  Tucker is a black lab that found his way to the pound a few weeks ago.  He is an absolutely gorgeous 8-9 month old pup.  My friends in Texas loved the way he looks & wanted a play mate for their dog, would be a huge bonus if this fella hunted, but he would be their pet first.  We have a mutual friend that is an avid hunter and he agreed to take Tucker out to see what he knew.  After about 3 hours my friend came back with Tucker and was amazed at his ability.  Tucker is a complete natural, not gun shy, listened well to commands etc.  This perfectly wonderful animal would have been "put down" had it not been for all of the wonderful volunteers at MAR!  Does he have papers? No, but he does not cost $500 or more either and is more than capable of doing what any other papered lab can do!  So, the next time you are looking for a new pet, check your local shelter first, there are some beautiful/talented wonders awaiting you.  The money you would have spent on a purebred dog could always be donated to your local shelter!

Mitchell has a leash law that requires ALL pets(cats AND dogs) to be on a leash when off your personal property. It is so tempting to let your pet out to do his or her business without a leash especially if he or she has never left your property before. But it only takes one time and in the blink of an eye they are gone. Not only does this violate the leash law, but it is NOT SAFE for your pet.  They don't know to stay off the streets or to avoid cars or other animals.  PLEASE keep your pets on a leash or in a fenced in yard, not only for their safety, but to prevent unwanted litters.  Please be responsible pet owners - think of them when you let them out the door.